Hear about Scotland and England’s historic rivalry as you tour through the serene beauty of the borders country.  Visit medieval Lindisfarne, a unique and special place of religious and historic importance, and explore splendid Alnwick Castle, the second largest inhabited castle in the country.

Alnwick Castle - one of the UK’s greatest houses, with a fascinating history, extraordinary gardens, and sumptuous state rooms.

On our way south towards England we’ll travel through the beautiful Scottish Borders: a land of green hills, fast-flowing rivers and attractive towns. During our journey we’ll be entertained by stories of the Border Reivers and the many skirmishes that took place across the border between Scotland and England.

We’ll stop for a break near Coldstream at The Hirsel, a popular arts and crafts venue which sits in a magnificent country estate. Here we can enjoy morning coffee and some freshly baked delights in the popular tearoom.

We’ll then resume our journey, crossing the border into the English county of Northumberland, and making an extended stop to visit the Holy Island of Lindisfarne which is joined to the mainland by a causeway*. It is only possible to cross the causeway at certain times of the day, depending on tides. Lindisfarne is known throughout the world for its mediaeval religious associations, and for the beauty of its 16th century castle. The raid on Lindisfarne by warriors from the north in 793 AD is often taken as marking the beginning of the Viking age in Britain.

Next it’s on to the focal point of our tour, Alnwick Castle. The castle has been home to the Percy Family, the Earls and Dukes of Northumberland, for over 700 years. It’s a magnificent stately home, the second largest inhabited castle in Britain after Windsor Castle, and it’s not surprising to learn that it has featured many times in film and television. The castle starred in the Downton Abbey 2014 Christmas episode, and in the last ever episode of the series, as Brancaster. There’s a Downton Abbey exhibition with photographs, costumes and props used in the filming. Most famously though, Alnwick Castle’s interior and exterior featured in the Harry Potter series of films as Hogwart’s School of Witchcraft and Wizardry. You can see where Harry had his first broomstick lesson in Harry Potter and the Philosopher’s Stone, and, weather permitting, take a broomstick lesson yourself in that very spot. We’ll spend around 2.5 hours at Alnwick Castle, giving you plenty of time to have some lunch and explore the castle and gardens.

We’ll then set off for a relaxing and picturesque journey back home to Edinburgh. Please note that tour routing and availability are subject to the tidal timetable at Lindisfarne which may result in the tour having to operate in reverse.

What can I expect on this Signature Day Tour?

Travelling on a Signature one-day tour is a great way to discover the best of Scotland and England from your city centre base. During your day of discovery weâ€™ll introduce you to many aspects of our country: spectacular scenery, history, folklore, nature and much, much more. Luxury travel is provided by air-conditioned mini or midi coaches and each tour is led by an experienced driver/guide who will provide a live commentary in English. There are stops planned at the key sights as well as for meals and comfort breaks. Please note that tours to some destinations, particularly to Loch Ness, can be faster paced so the number and duration of stops may be limited.

What are the optional extras on this tour and how much do they cost?

To give you maximum flexibility the cost of admission fees and other optional extras are not included in the tour price. This gives you complete freedom to choose as the mood takes you. On this tour the optional visits are:

Following the links above will give you more information on each attraction including current admission prices. At some locations a special discount is offered to tour participants, your driver/guide will give you more information if this applies. Credit/debit cards are not always accepted so you should plan to have sufficient cash with you should you wish to make any visits.

Will there be a tour commentary?

Each tour is led by an experienced driver/guide who will provide an informative and entertaining commentary in English. Youâ€™ll hear tales of the Clans, bloody battles and the famous characters that have shaped the history of Scotland. You will learn too of the landscape that surrounds you and of the nature that makes Scotland so special. Be ready to have a laugh as well - youâ€™re bound to be told some really corny jokes!Â

This tour will visit England, do I need a passport?

Scotland and England are part of the United Kingdom so there are no Border formalities and youâ€™ll not need a passport.

Will there be stops for meals and are they included in the price of the tour?

Meals are not included in the tour price, but we will make stops where you can get refreshments and something to eat. If you wish, you can bring a packed lunch or pick up lunch items at a previous stop. Vegetarian food is widely availableÂ in Scotland.

There are no child, senior or student discounts available on this tour.

We’re really sorry, but children aged under 8 years cannot travel on this tour.

Tour Confirmation
A courtesy pick-up serves most accommodation in central Edinburgh. Please call to confirm your tour pick-up point and time no later than 24 hours prior to travel. Full information will appear on your tour voucher.

Admission Prices
In order to give you maximum flexibility admission fees are not included in the cost of this tour. 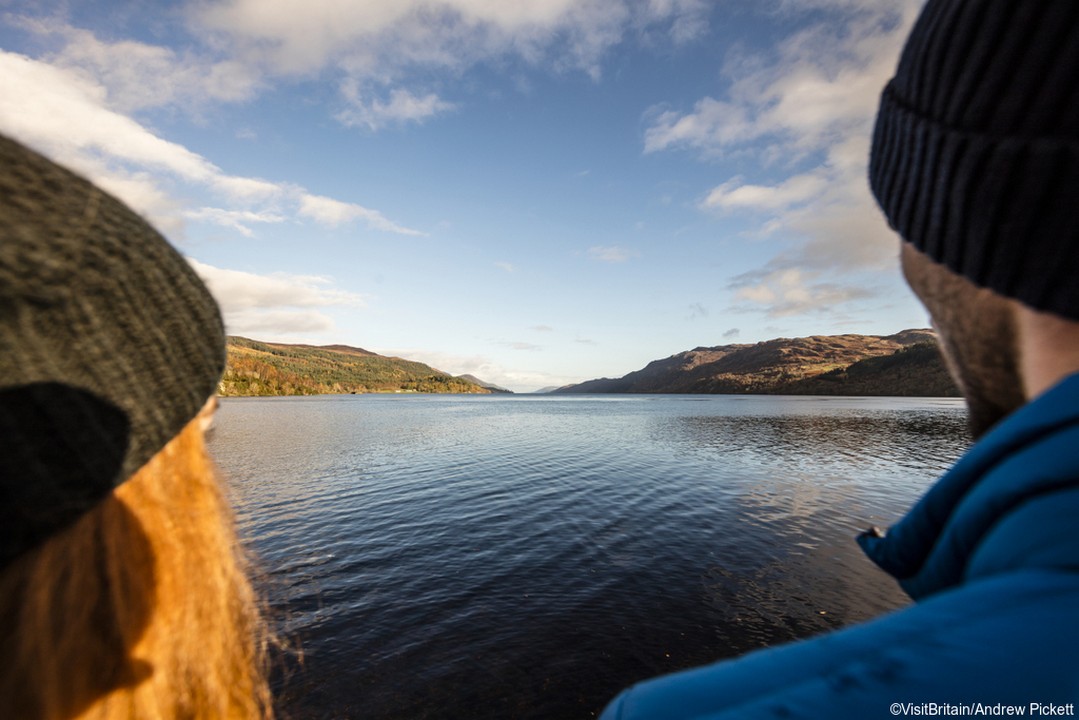 Loch Ness and the Highlands of Scotland with hotel pick-up